It started for us, when the Study of Aerosol and surface stability of HCoV-19 (SARS-CoV-2) compared to SARS-CoV-1 was released on Wednesday the 2020-03-11. The results stated, that Copper not only proofed to have the shortest survival times of the Virus, but also that this effect was caused active, by chemical processes. This work was supported by the US Center for Disease Control and Prevention and the US Department of Health and Human Services - which woke our interest for further research about the claims made! We quickly found many supporting evidence, which you can see in our Information section.

The decision was finally made: We have to use copper as material because it rapidly kills any disease, and we have to develop a tool which can be used like our own hands - so we avoid touching all the dirty surfaces! 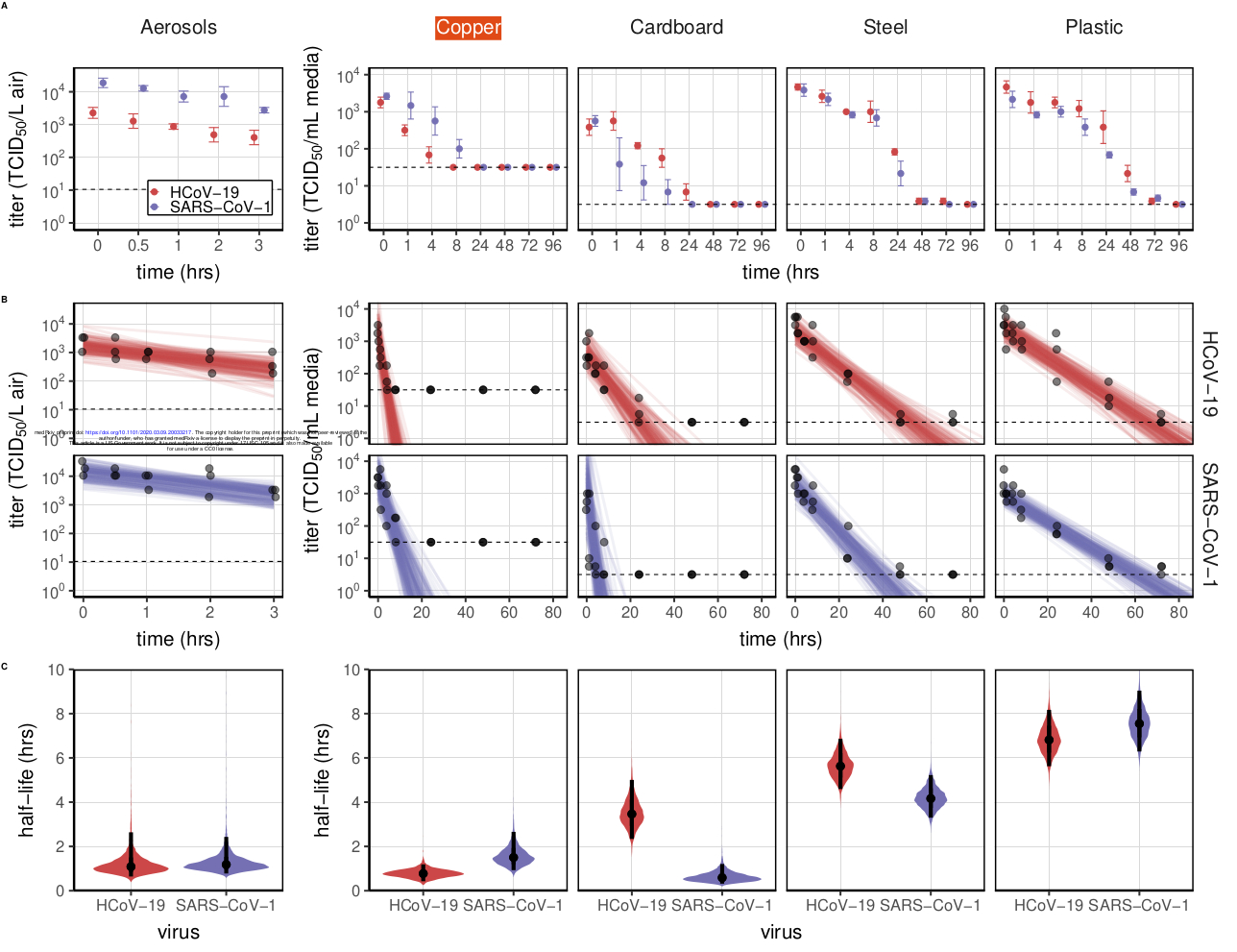 After we decided to implement the 6.FINGER, we started with the first draft. It quickly became clear that he would have to cover several everyday functions where the risk of infection for COVID-19 is particularly high. 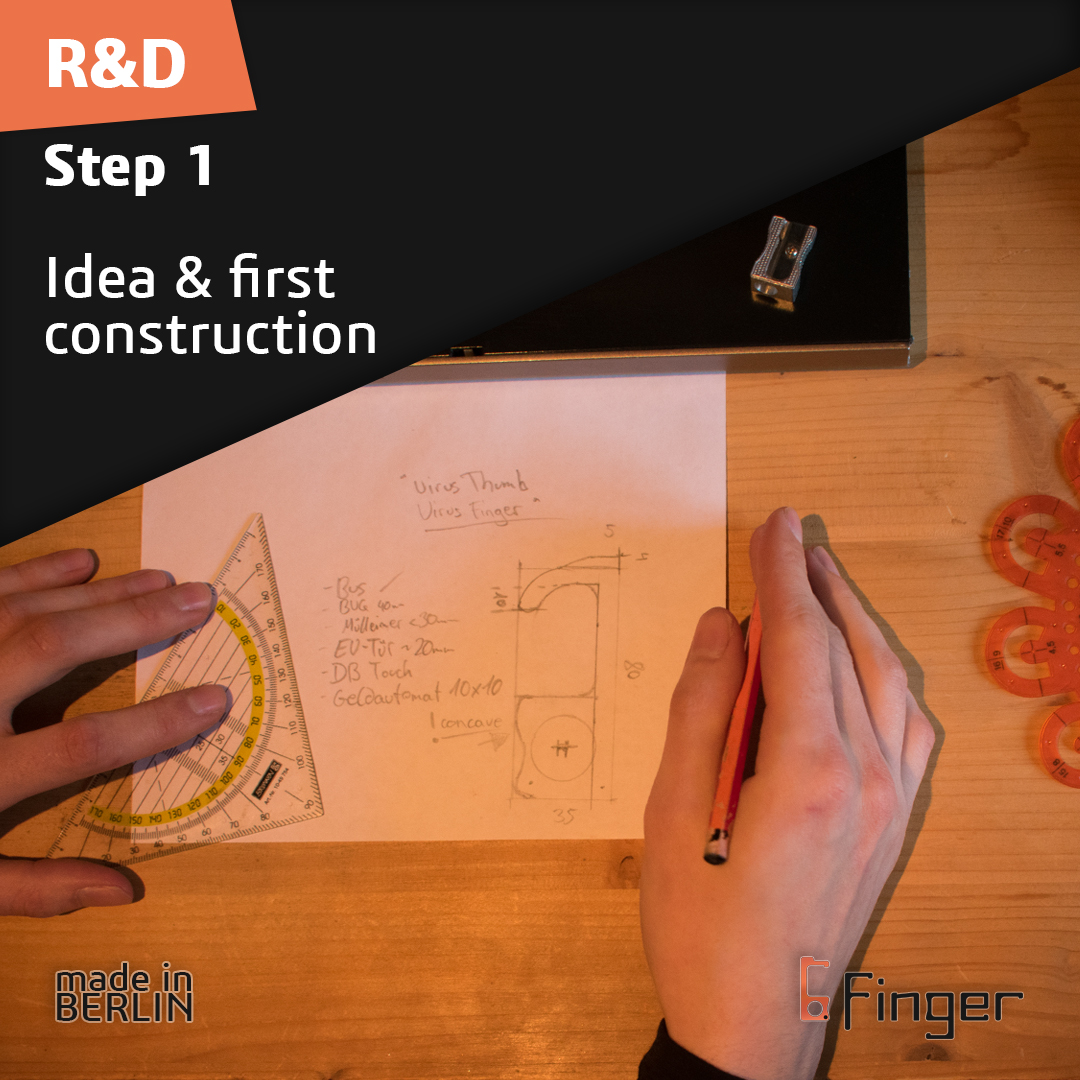 After we drew the first draft, we made several copies out of cardboard to optimize factors such as size and functionality. 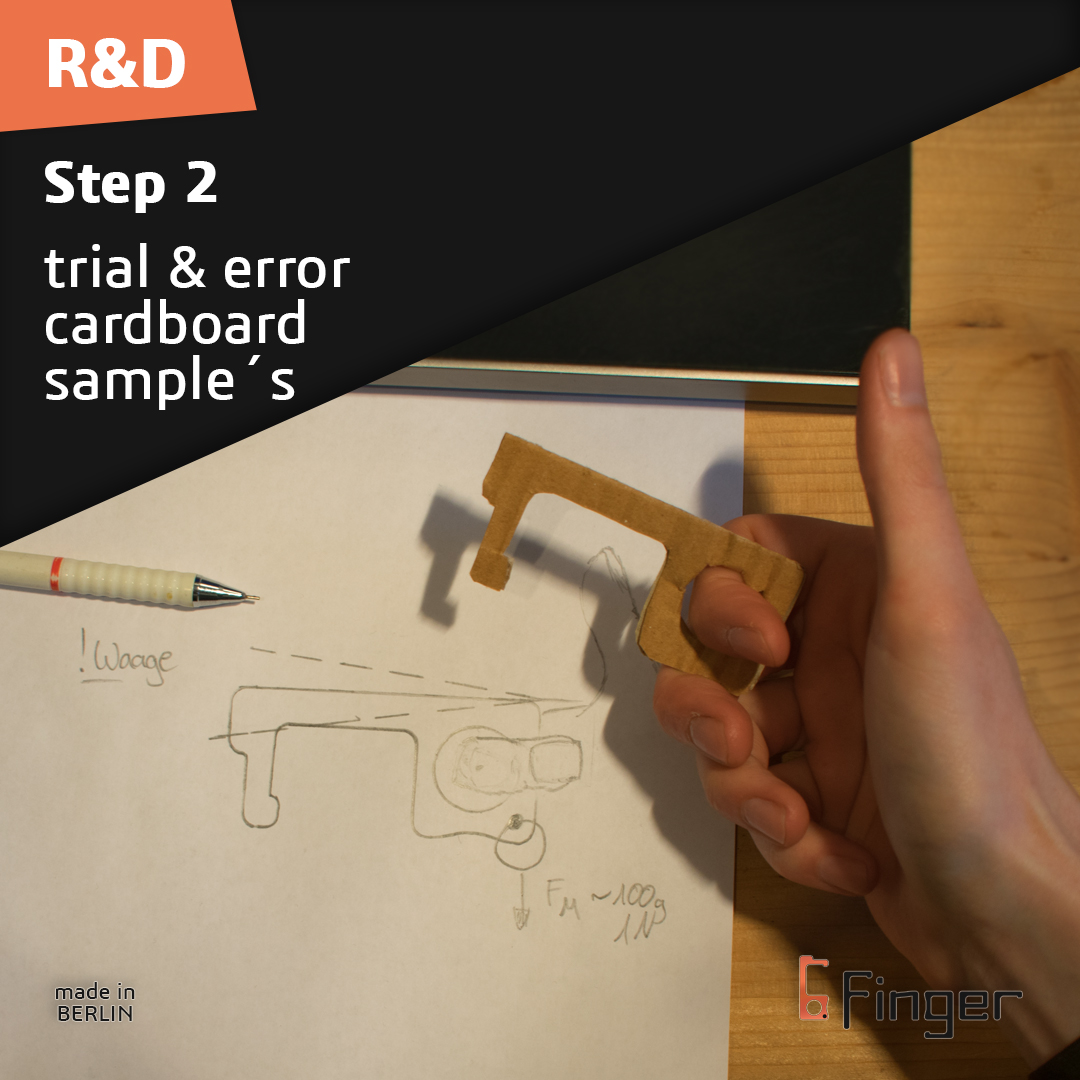 When we made our final design out of cardboard, it was now time to create a 2D drawing, which then became a 3D model a short time later. Next step: create a prototype with a 3D printer! 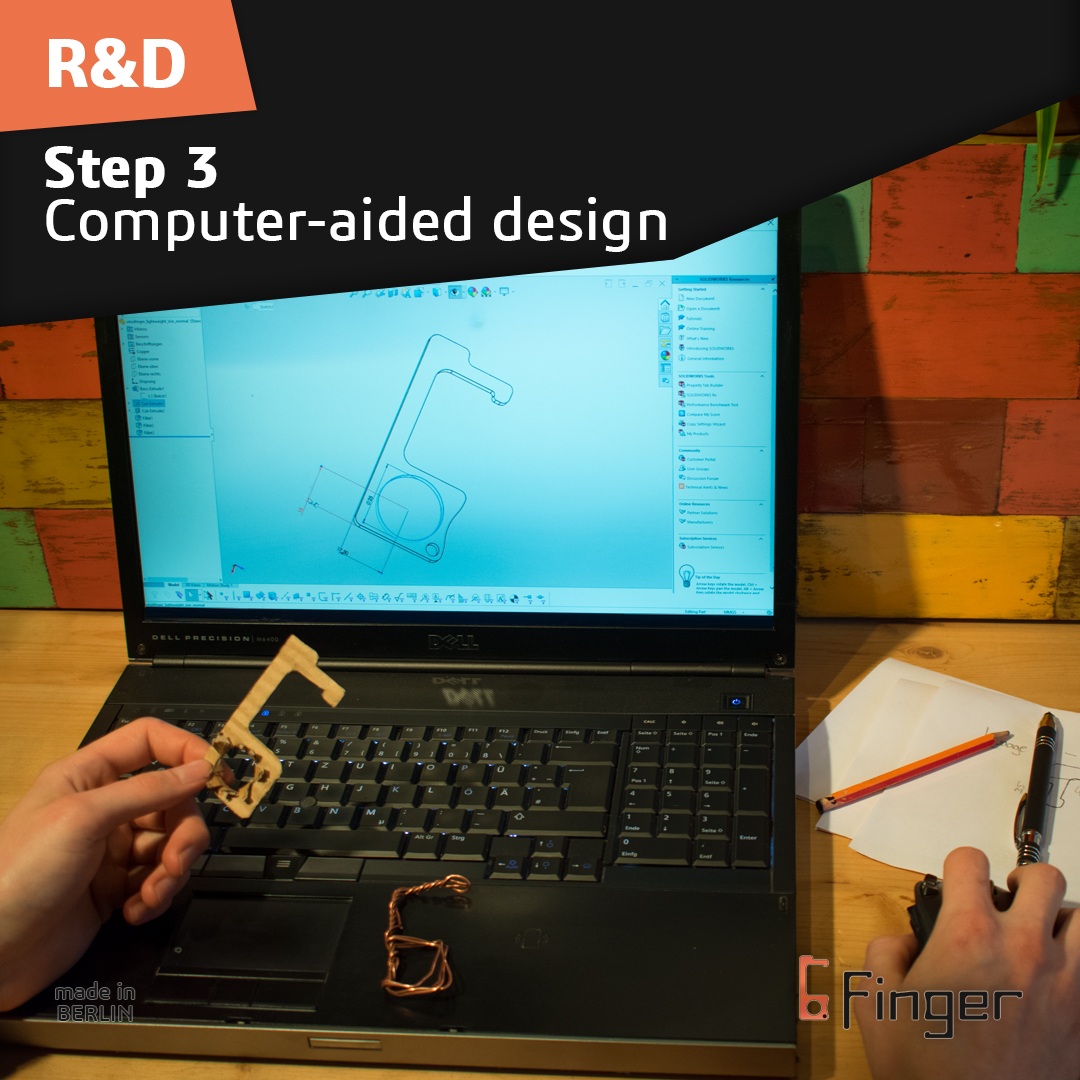 A day later we had our first real prototype in our hands. We were very satisfied with the shape and size. The next step is to test the functionality. 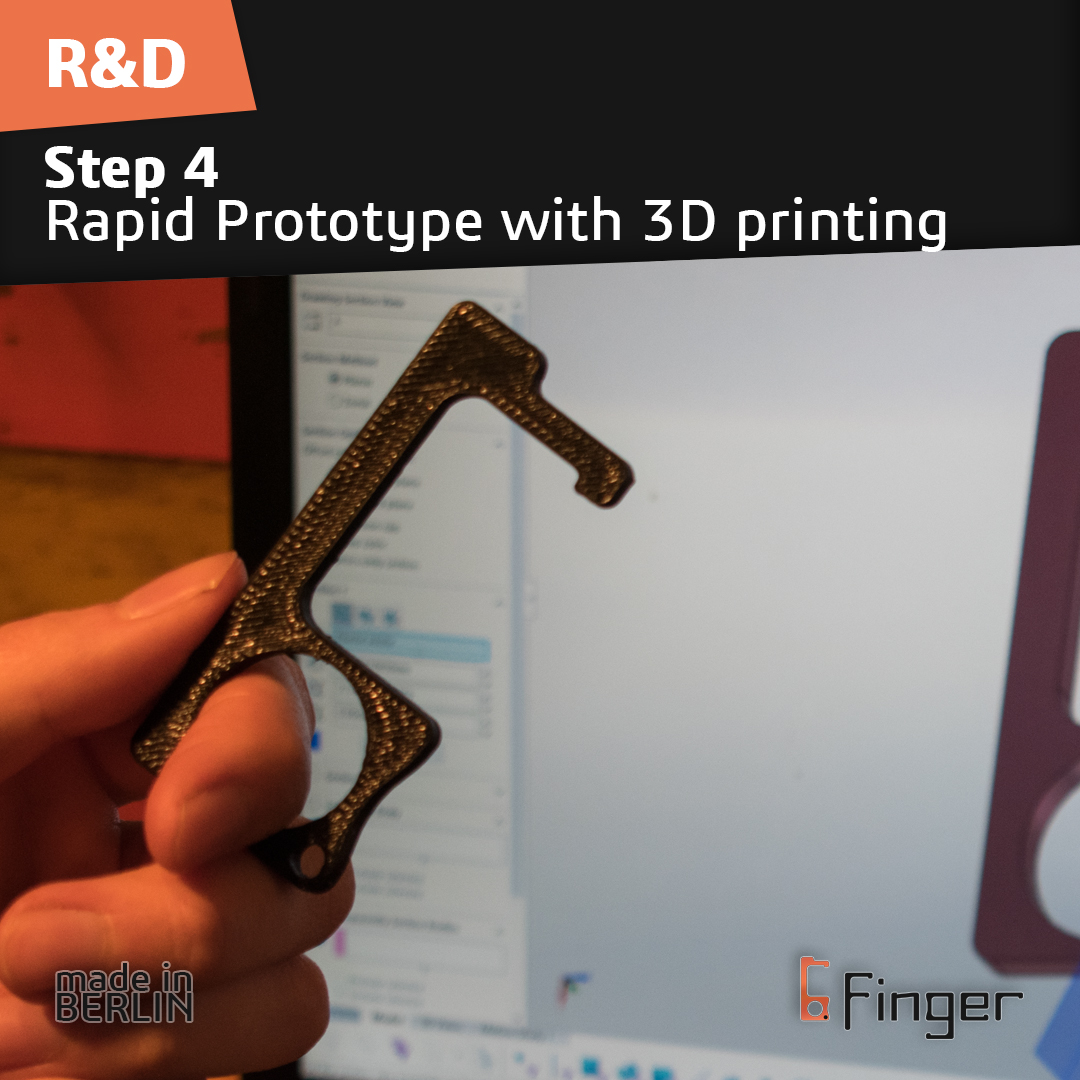 Next we did a functionality trail. The result was very satisfactory, all of our functions worked perfectly on the prototype. 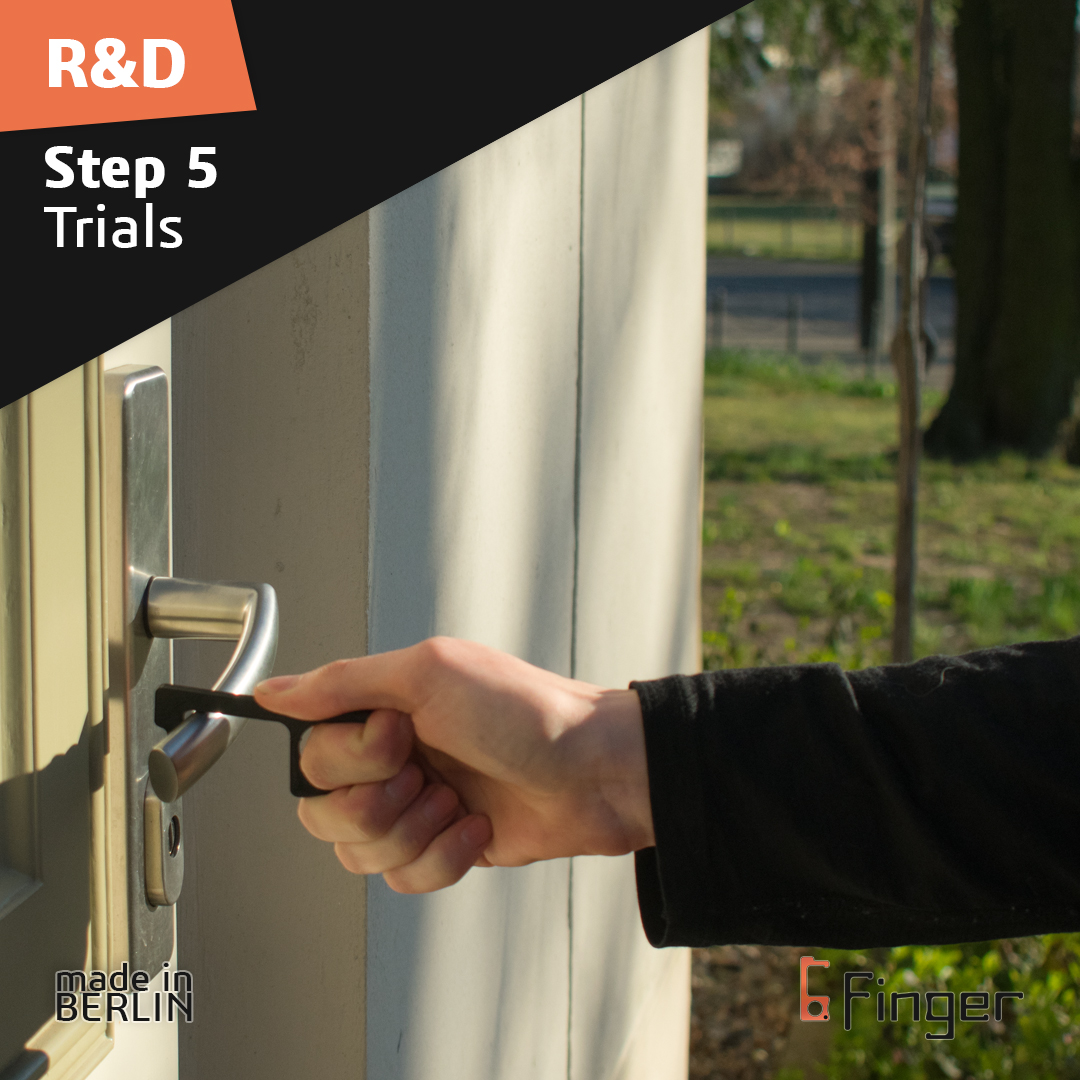 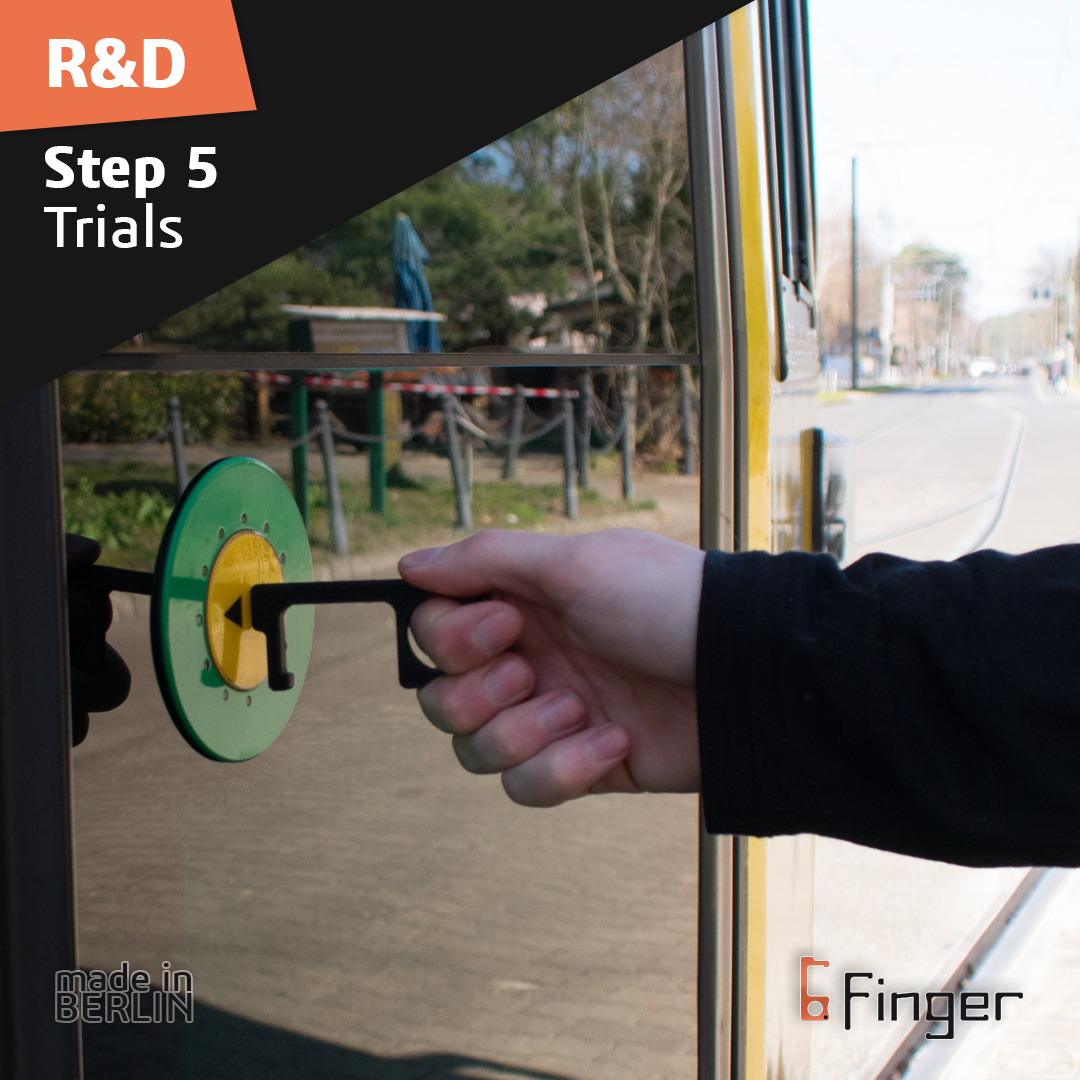 After we checked the functions with the 3D model, it was about a FEM test for mechanical optimization. 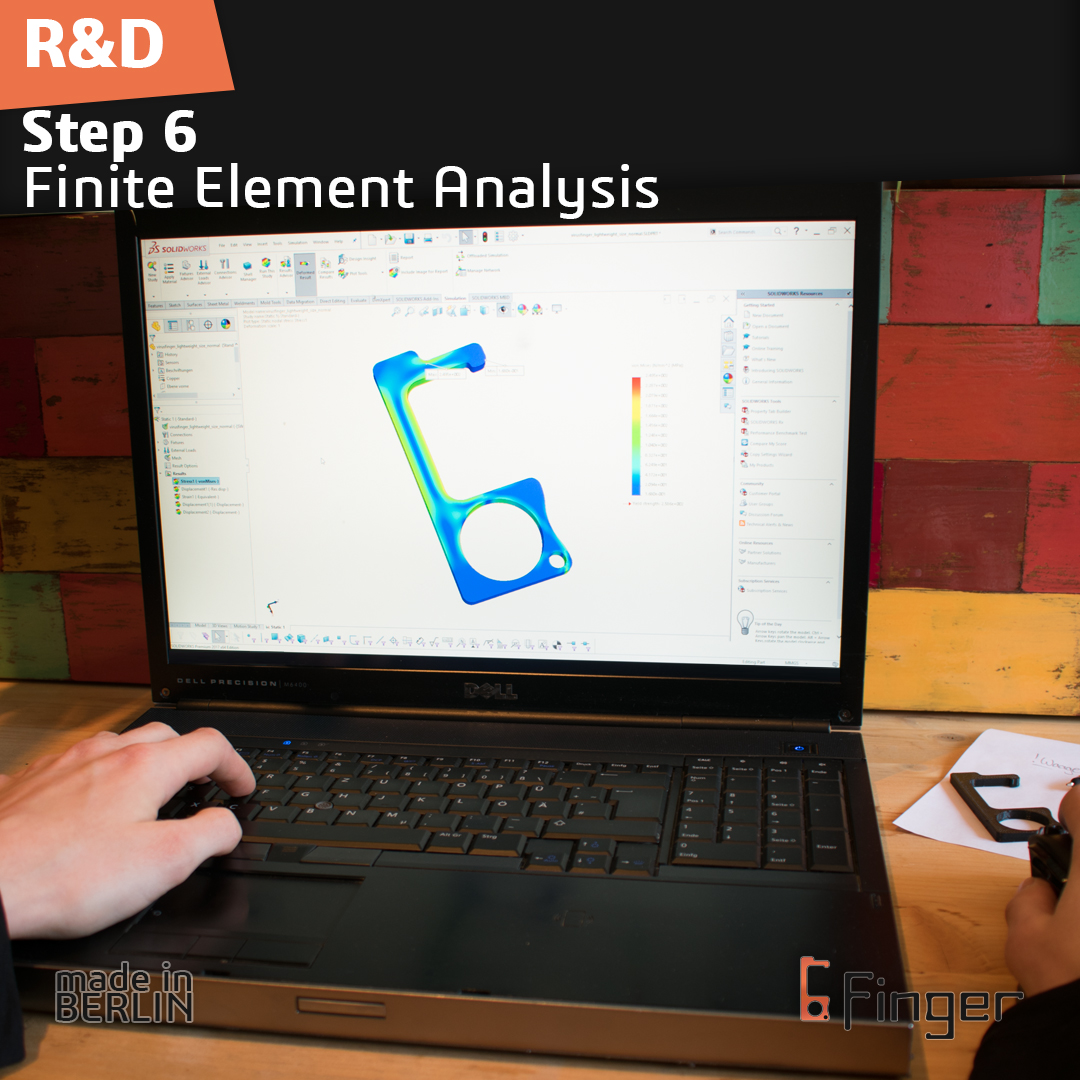 After we finished all modifications, it was now time to implement this model. Since our producer only had brass in stock, he could only create a prototype made of brass for us! We are more than satisfied with the result! :) 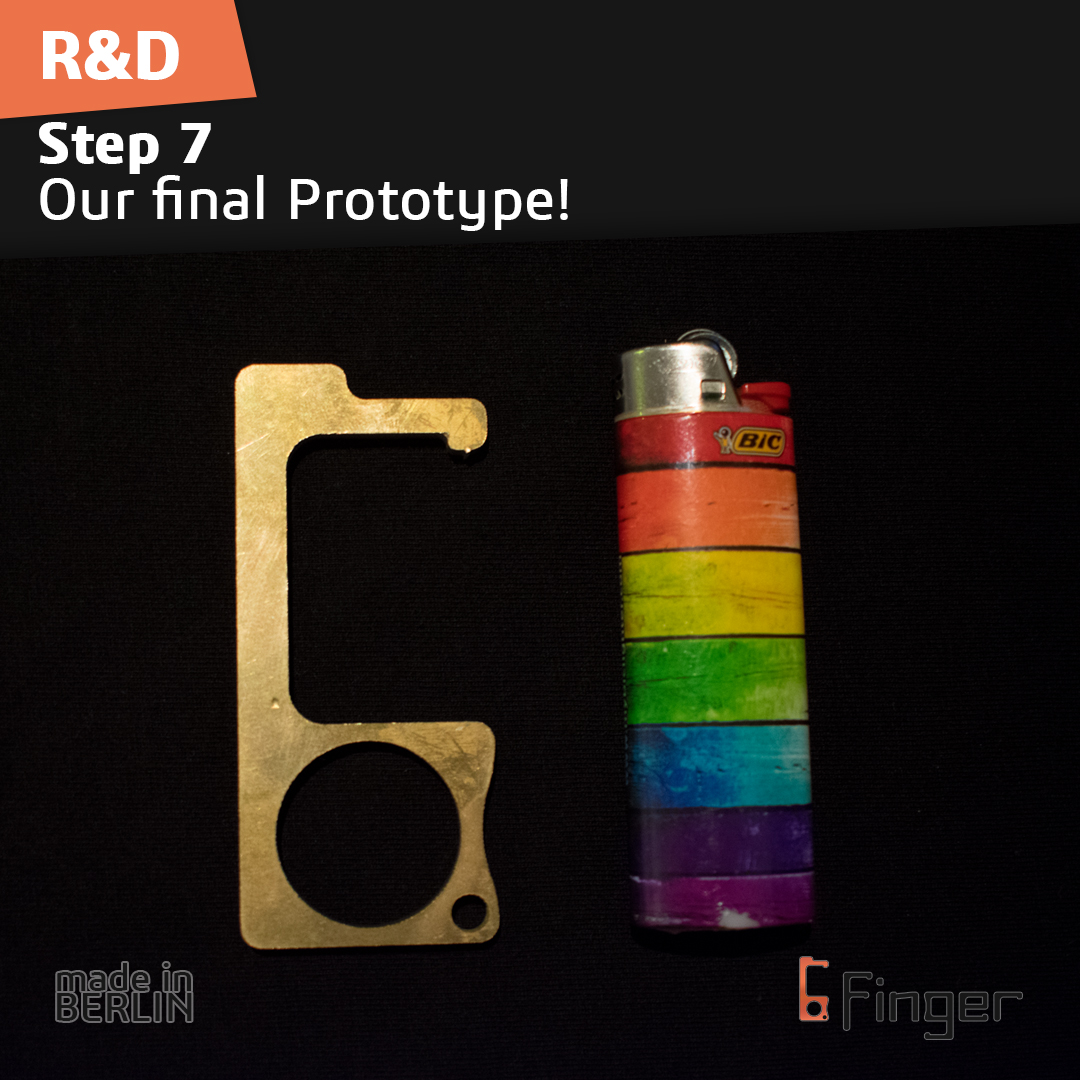 Our first test batch made of copper is ready! :) 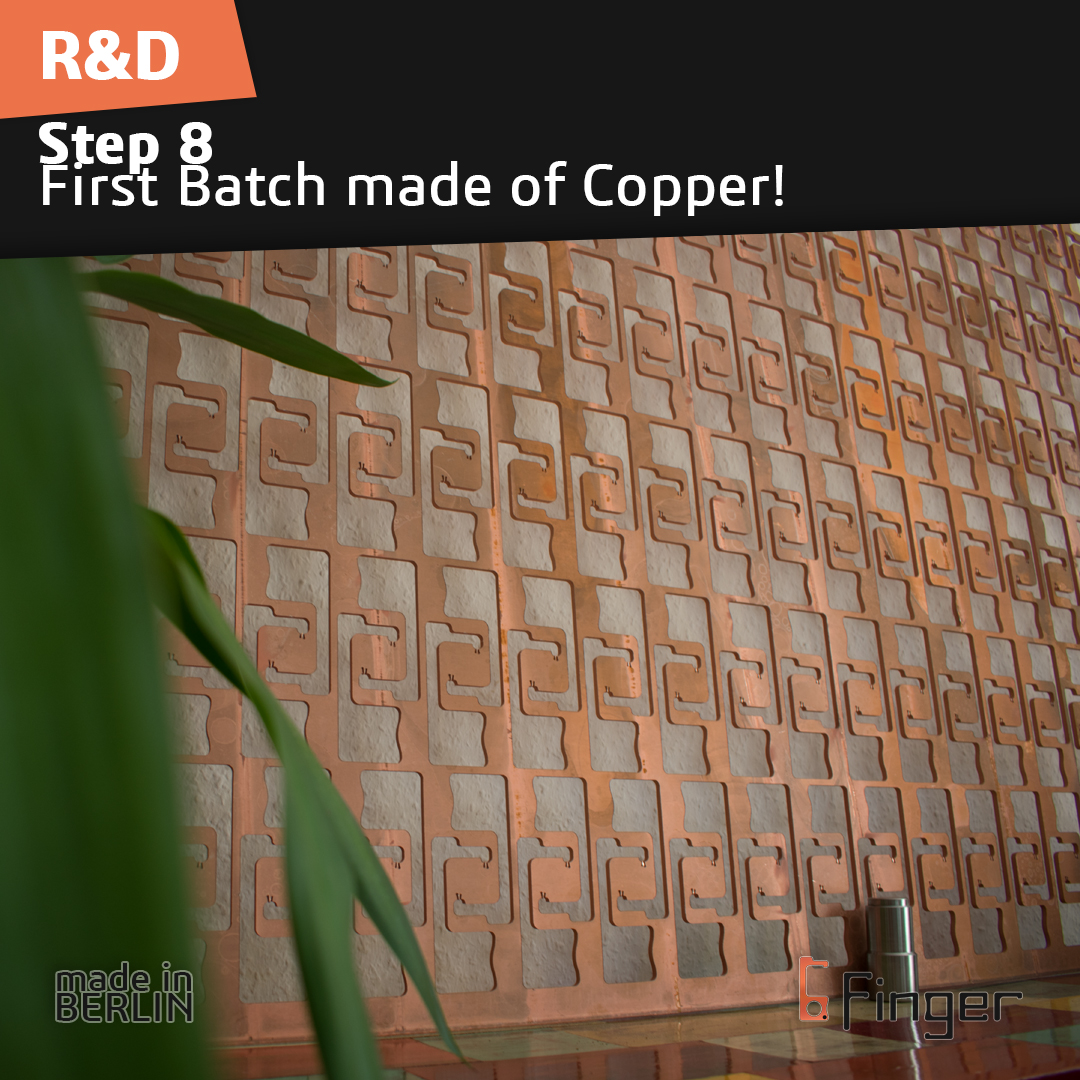 In just 9 steps from the idea to the finished product! 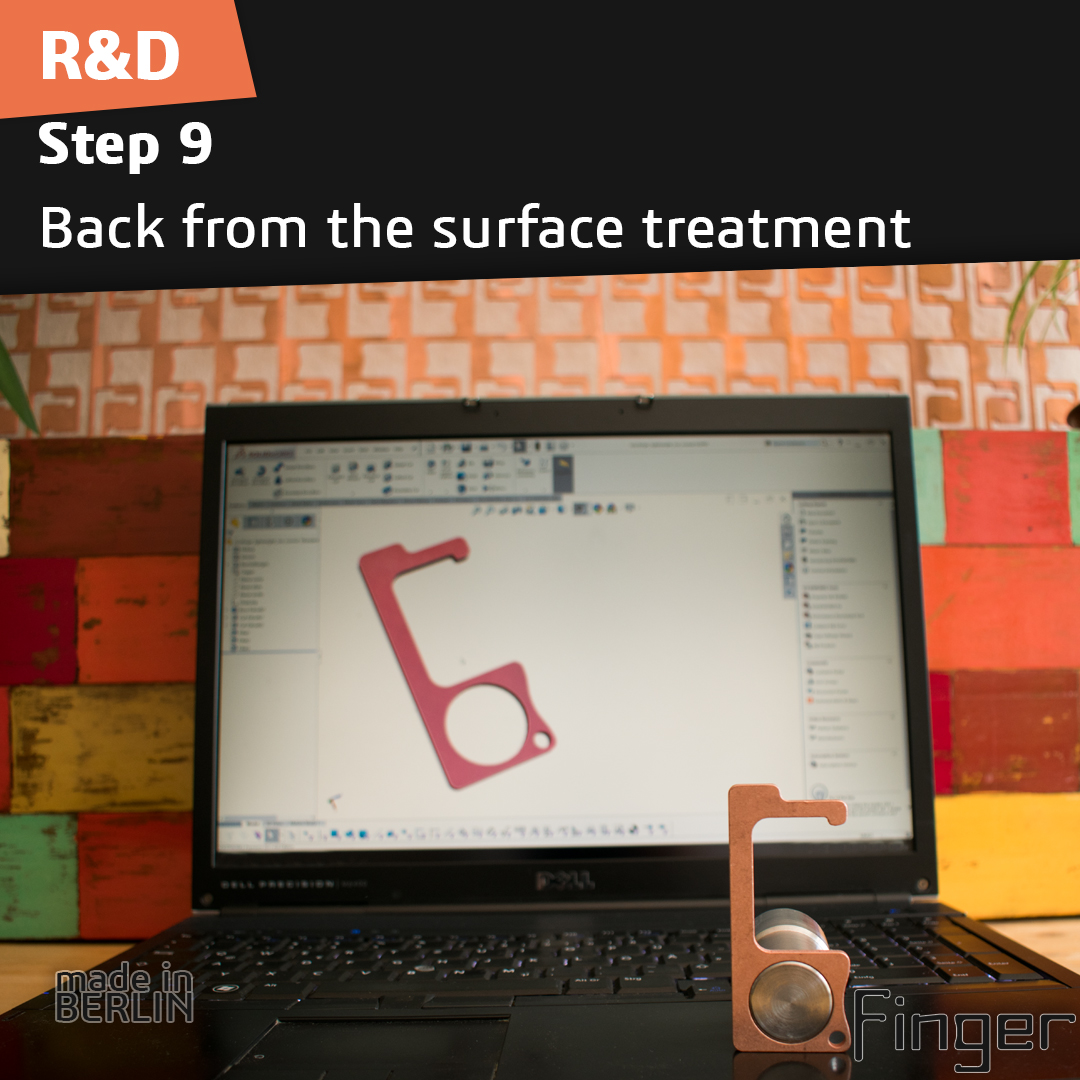 A journey of R&D

One picture embodies the entire journey: From researching the study situation, to the first drawing, to the model, to the prototype and the final batch of production - in just 4 weeks! 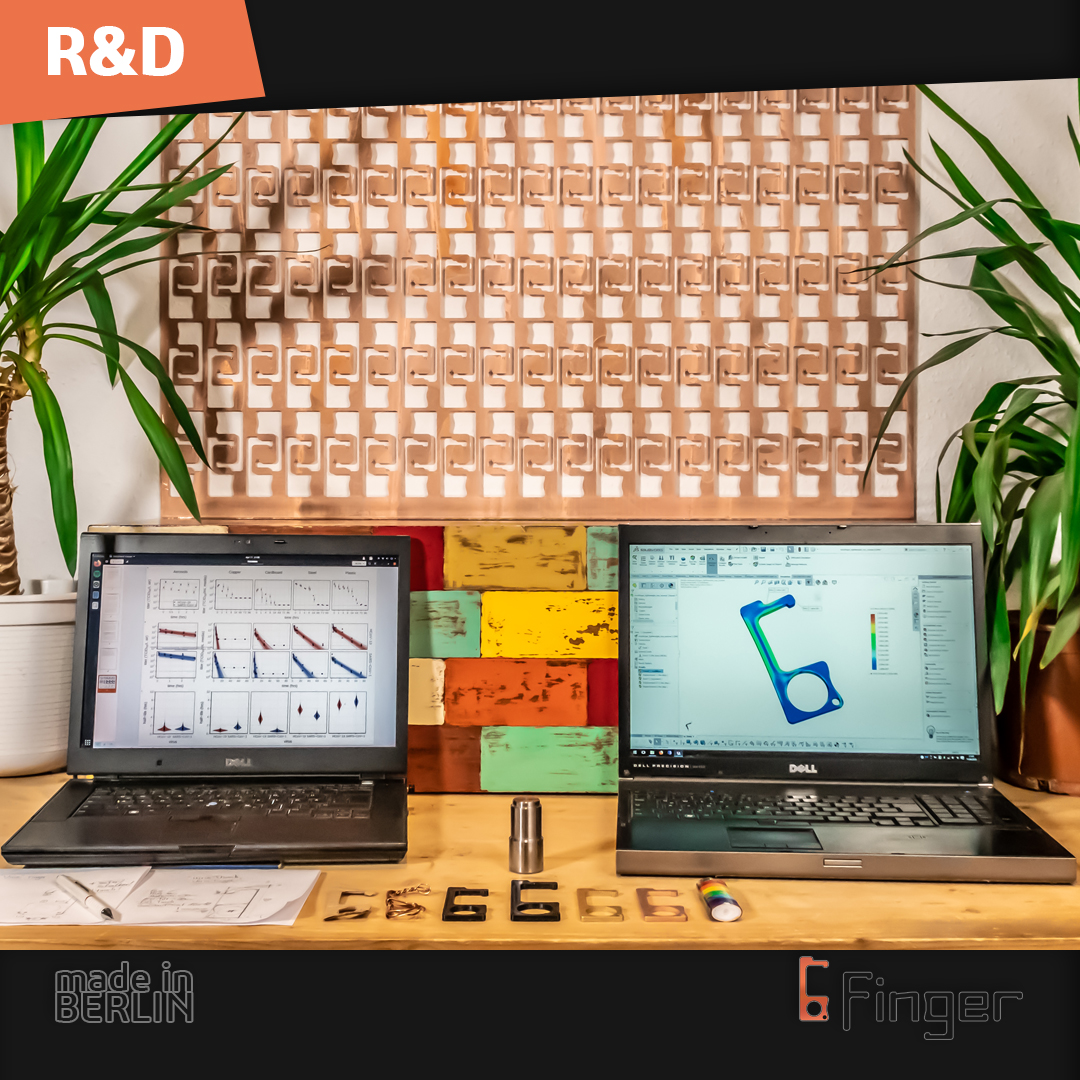